Yorkshire terrier females can have a lot of puppies in their lifetimes.

In fact, they can have far more than they should.

What that means is that you should stop breeding female Yorkies long before they are physically unable to bear more offspring.

And you should not start breeding them as soon as they go into heat for the first time either.

Bearing that in mind, how many litters can a Yorkie have in a lifetime? And how many puppies per litter?

Keep reading to find out. We will cover everything you need to know about the age range in which it is safest to breed a Yorkie female and how many times you can breed a single female on average.

How Many Litters Can A Yorkie Have In A Lifetime?

A Yorkie can have around ten litters in its lifetime. You can start breeding Yorkies when they are two. You should stop when they reach the age of seven. They can have up to two litters a year.

Before we get into the best breeding ages and any other important information, we want to go after one very important factor you need to consider, if you are thinking about breeding Yorkshire terriers.

What To Consider Before Breeding

You should consider certain elements before you consider breeding your Yorkie. An important one is whether you want to inbreed. Some breeders prefer it as it keeps a strong bloodline. But inbreeding can also cause some complications.

If either the mother or father Yorkie has any of these health conditions, I would not suggest breeding that dog because there too high a chance they could pass these conditions down to their offspring.

How Old Should A Yorkie Be To Breed?

You should not breed your female Yorkie if she is younger than two or older than seven. Female Yorkies can start being in heat from the age of 18 months, but it is best to wait until their uterus is more developed, before you start breeding.

When it comes to male Yorkies, they usually start producing sperm at two years old. You can start breeding with them from this age.

Trying to breed a Yorkie over the age of seven can pose some risks with the pregnancy, due to the Yorkie’s older age. It is important that your Yorkie is young and healthy, so that she has the best chance possible of carrying the pregnancy to term and avoiding a miscarriage or other health risks.

It’s important to consider your Yorkie’s weight before you start breeding. Because Yorkies are such a small breed, you need to take into account the female weight compared to the male’s.

It is important that the female weighs more than the male, because this will reduce the risk of any complications during birth and pregnancy. The male should be four pounds or over, while the female should be five to seven pounds.

What Is The Oldest Age At Which A Yorkie Can Have Puppies?

Technically, a Yorkie can keep having puppies until the end of its life. Even at twelve years, when a Yorkie is definitely considered ancient, as long as it is still in heat, it can still have puppies.

However, you need to consider breeding such an old dog is humane. The older a Yorkie gets, the greater the toll the pregnancy will take on the poor dog. There is a much higher chance of complications and it may be harder for your Yorkie to have a natural birth.

It simply presents a larger health risk for an older Yorkie, because it is no longer so young and healthy that it can easily spring back straight after birth. This is why you should not breed a Yorkie that is older than the age of seven.

How Long Is A Yorkie Pregnant?

If it starts acting sluggish or tired, that is a sing that it could be pregnant. You should also be able to see your Yorkie’s nipples start growing, tand its stomach become firm. It will also start to groom and nest more than usual.

By the end of the third or fourth week, the stomach should be considerably larger, and it should have gained weight and also show an increase in appetite.

You can expect your Yorkie to have 3.3 puppies on average. The litter typically ranges from one to five newborns.

How Many Litters A Yorkie Can Have: Final Thoughts

You can expect the average Yorkie female to have 10 litters in her lifetime, with each pregnancy producing between one and five offspring (an average of four).

Yes, you could continue to breed your pup after the age of seven and get more litters out of her, but we strongly discourage doing so. The risk of complications and serious health consequences are simply too high after that age. 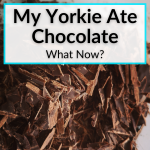 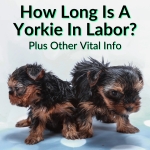 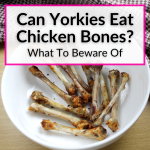 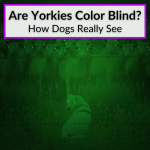 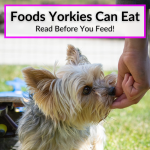