You are here: Home / Training

How To Train A Yorkie Not To Lick ~ People have a lot of opinions about dog licking. Some people love it, and some people don’t, we all have preferences. No matter how you view licking, this is typical behavior for most dogs, especially Yorkies, because they are the most affectionate dog breed ever existed.

How to train a Yorkie not to lick? The best technique to stop them from licking is to give commands to “stop” and then hand out a perfect kibble when they followed the command. Keep doing this routine until your Yorkie gets it.

A Must-Read: Best Treats For Yorkies

If you are interested to know the causes and prevention of the licking behavior, this short read is for you. Let’s get into it.

Why Do Yorkies Lick?

Dogs see the world in a hierarchy, within the house they live has a pack, this includes humans and other pets in the family. In the pack, there is always a leader. They are called the Alphas, who are in charge of leading the Betas. Yorkshire Terriers sees their owners as Alpha, and that means they show some level of dismissive behavior in ways of licking.

This type of behavior is directed to their owners. Some Yorkie puppies lick their humans as a way to request for food, they usually do this to their parents when asking for food or attention. It was in their instinct to do it that way, so they treated you the same thing they treated their parents, by licking.

Their Way Of Cleaning Themselves

It is not just cats who do this to themselves. Dogs have been practicing this kind of behavior since the dawn of time. If your Yorkie stops licking themselves to the point that they remove their fur or creating some sores, there might be an underlying behavioral issue, and it needs some medical guidance from your vet.

How To Stop A Dog From Licking?

Once you’re able to identify the cause, it will be a lot easier to tone down the licking issue. It is now the time to change some environment issue that is associated with licking.

Yorkies might find your sweat endearing to lick because of its saltiness. If your Yorkie tends to lick you after a sweat exercise or a run, try to dry it using a towel and then take a shower. While doing this, don’t forget to give them a toy or stuffed Kong to keep them busy with something else that is tasty.

For most the dogs, this behavior will fade as they grow up, but this behavior is pretty much likely to be linked in their compulsive lickers.

To reduce this kind of behavior, avoid rewarding them with too much attention. Both positive and negative licking should be avoided. But make sure to give it some treats whenever they accomplished good behavior that you do want.

Overall, licking is not a bad thing, and it is the most common behavior for dogs. It is their way of showing love and affection to their owners. It is also their way of communication when something is good or bad happening in the household. 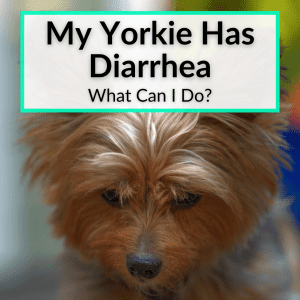 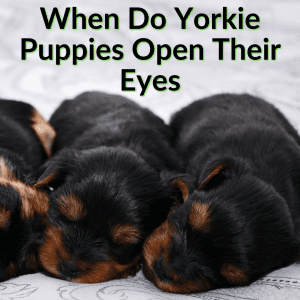