Yorkies are among the smallest dog breeds and belong to the Toy community. The Yorkshire terrier is a feisty, domineering breed that is often affectionate. However, they have a reputation for only showing love to their owners.

In this post, you’ll be able to identify the signs that they are happy to return your affection.

How Do Yorkies Show Their Love To You

Yorkies are very affectionate dogs, but only to their owners, so enthusiasts say. They bring light to your life with their love and loyalty.

You may think that Yorkies ask for plenty of things because of how high maintenance some people think they are. But here are three things Yorkies love more than anything.

When they’re not snuggling with you, your Yorkie enjoys playing! They’re known as “tomboys” for a reason. Some people think Yorkies are too sweet and small to get their paws dirty, but they are little tough dogs who enjoy a good game of fetch.

Yorkshire Terriers make excellent snuggle partners! They enjoy being comfortable, whether it’s in their soft bed or on your lap. Getting a few beds and cozy places for your Yorkie to curl up is a perfect way to spoil them.

We make eye contact to prove that we are paying attention to the human world. In the world of dogs, though, this is not the case.

It’s common for dogs to lock eyes with each other, which is seen as rude or offensive. Dogs typically look at their beloved humans out of affection, not fighting. If your Yorkie returns your gaze, it typically means he’s content and happy with you.

Positive Reaction To The Sound Of Your Voice

Nothing beats a dog happily running to you when he hears his name after a long day at the office. It’s even better when he’s playing with his favorite toy or exploring a new smell and comes over to greet you.

Your dog’s brain’s reward center, or caudate nucleus, is activated by your scent, according to science. Gregory Berns taught dogs to enter an MRI machine voluntarily and without anesthesia.

He then scanned their brains while exposing them to various human scents.

Each dog’s caudate lit up the most when he smelled the scent of someone he recognized. The brain activation patterns appeared strikingly similar to those found when humans are shown pictures of someone they love.

It’s now plausible that the answer might signify longing or love.

When your Yorkie runs away with your things, it’s not fun to chase him down. You may find it strange, but this type of behavior is a true sign of love. Your fragrance is all over him, bringing him joy, protection, and contentment.

You’ll know if a dog is happy if he wags his tail, according to popular belief. Experts agree that it is an expression of human affection.

When a dog is calm, he can wag his tail and feel more at ease with his owner. If your dog’s muscles are rigid, but he or she still wags his tail, he or she may be irritated.

We recognize that yawning is appealing, and it is not limited to humans. According to studies, dogs yawn more often than their parents. According to the same study, yawning could be a sign of gratitude.

That’s why it’s possible that when your Yorkie yawns with you, it’s a sign of affection.

It isn’t exclusive to Yorkies, but small dogs are known for kissing their owners’ faces and licking their owners. That is why I love dogs more than other pets because they are very affectionate.

The following are some of the reasons Yorkies enjoy licking with their tongues:

Yorkies love being the center of focus, and they can be very cunning about how they get it. They quickly learn that the more they lick, the more love and attention they get. If they are used to giving them what they want, you will see an improvement in their behavior.

Licking may also be a symbol of gratitude and modesty towards you. It is a positive sign because it indicates that they regard you as the leader. Many dog behavior issues stem from the dog’s belief that they are in control.

Dogs convey thoughts and emotions by licking each other. It is a type of dog communication and body language.

When a dog licks the ears of another dog, it is expressing sympathy. It may also be a courting act when a male dog does it to a female dog. Licking one’s lips is a symbol of submission and even obedience.

4. The Taste Of Your Skin

Dogs enjoy the taste of your skin, particularly if you’ve been sweating a lot. We create salt through the pores in our skin when we sweat.

A dog’s tongue can collect a lot of knowledge and data about its surroundings. When it comes to humans, we will lick something to get a taste of it. Since dogs have a fraction of our taste buds, licking is less about taste for them.

Licking is all about detecting texture and odor. It can seem odd that licking something aids in their ability to smell it.

When dogs do something, the taste is raised to the roof of their mouth and carried to the nose. For that reason, scenting breeds like Hound dogs have prominent jowls that sweep the ground, lifting odors into the mouth.

Yorkies have a lot of energy and are very intelligent. They may become bored and irritated if they do not get enough exercise and activity. You need to know how to keep your Yorkie entertained.

They can tell whether you want more kisses or not based on your body language. If you don’t like the face kisses, don’t let them continue.

But understand that it’s just one of the ways they like to express affection. Instead, maybe you should just give in to arm and hand kisses.

It may seem to be an unusual way to display affection. If your Yorkie is barking at strangers, they may be acting in your best interests.

For small dogs, this is a very typical trait. Yorkies are also very territorial. They will be extra protective of you, your home, and everything else that belongs to you.

They will never grow large or strong enough to defend you physically. But Yorkies can protect you by alerting you to any possible threats.

If you own a Yorkie or another small dog, you might have noticed that they:

It is possible to alter this instinctive behavior, but it is more complicated than it seems. Nonetheless, a little instruction never hurts.

It is harmless if they just bark a little. Just know that it’s one of Yorkie’s ways of expressing their love for you. They desire for nothing wrong to happen to you!

Finally, your Yorkie may follow you around like a tasty snack. If it’s your first time taking care of a dog, you must wonder if you have treats left in your pockets. Yorkies, if they love you, will follow you all the time. However, they are only following you because they adore you.

Yorkies aren’t good at reading body language or recognizing that you need some alone time. If you leave them alone too much, they can develop separation anxiety. Try to concentrate on them during bonding activities like walks and playtime.

One Yorkie Served In The Army And Was A War Hero

Smoky, a Yorkie, served in the army. She is credited with saving soldiers’ lives by pulling a communications cable through an 8-inch-wide, 60-foot-long irrigation culvert during World War II.

She is often credited with becoming the first service dog globally, visiting injured soldiers in hospitals. Smoky was discovered in a Papua New Guinea jungle by an American soldier in 1944.

When he returned to the barracks, U.S. Army Corporal William Wynne took Smoky, the Yorkie, under his wing.

She went on to write Yorkie Doodle Dandy, a book about Smoky. Smoky has six memorials in the United States. It includes one at the American Kennel Club’s Museum of the Dog and one foreign memorial in Australia.

Yorkies Come From A Working-class Family

Yorkies have a rather unglamorous history of catching rats and other vermin in underground tunnels. They can wear bows in their top knots today.

Their self-important air may make them look like they have royal origins. But they have a rather unglamorous record of catching rats and other vermin in underground tunnels.

This instinct can still be seen in their play, and owners can use it in AKC Earthdog competitions. This sport encourages dogs to put their hunting skills to the test by chasing caged rats underground.

Yorkies Are Not Afraid Of Living In A Major City

Even a tiny dog like a Yorkie will thrive in New York City and other big cities. Yorkies, in particular, are consistently at the top of the list of NYC’s most common breeds. But their numbers decreased in recent years).

When a truck backfires, or a crowd scurries around him on the pavement, his confident demeanor comes in handy. You will help ensure that your pint-sized dog has a New York state of mind.

Have adequate socialization from a young age and guide them through the Canine Good Citizen exam.

Yorkie’s Coat Is Close To That Of Human Hair

Yorkies are renowned for their silky, long coats that swish about in the show ring. However, maintaining this lovely function takes a significant amount of time.

Since the coat is identical to human hair, if the owner does not brush it every day, it tangles and knots. When brushed against carpets in the house, it can also easily split.

The fact that Yorkies don’t have an undercoat means that their coat sheds less than yours. Many breeders advise owners to keep their Yorkies’ hair in a puppy cut short and easy to care for.

Tips On Caring For A Yorkie

Since they are so small, this breed would almost certainly need winter clothing! It is not only unbearably cute, but it will also shield them from shivers and chills.

Keep in mind that Yorkies were bred to perform, not to lounge around. Certain breeds, including hunting dogs or herding dogs, live to serve a function. Just like humans, Yorkies need physical and mental stimulation.

If small children roughly treat dogs, they can become irritable. Yorkies, on the other hand, usually are very cool. They should not nip if they aren’t being mistreated. Since they get along with other dogs and cats, cohabitation with other animals should not be a problem.

You must have all your Yorkie needs for him or her to live a long and happy life. The following is included:

A Yorkshire terrier is ideal for you if you’re looking for a small dog with a big personality. They are loyal, lovable, and bring a good deal of laughter into every house.

After a long walk, Yorkies will enjoy just kicking back and cuddling with their owners, even though they love to play. 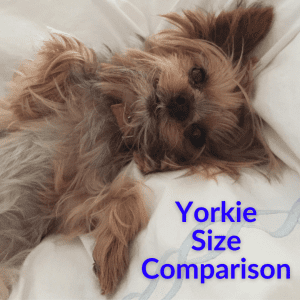 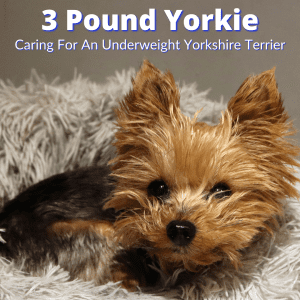 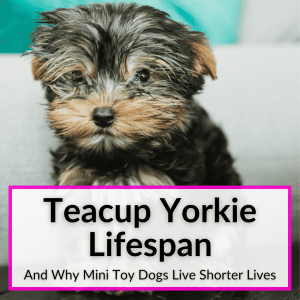 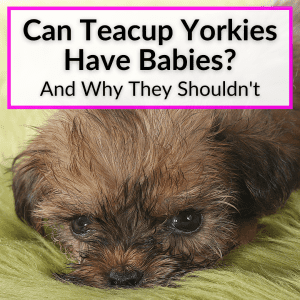 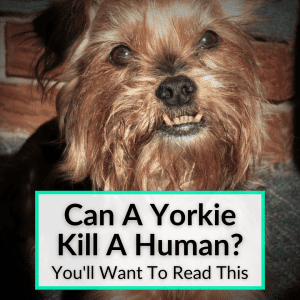 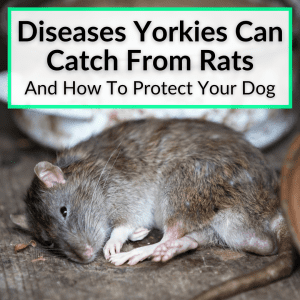